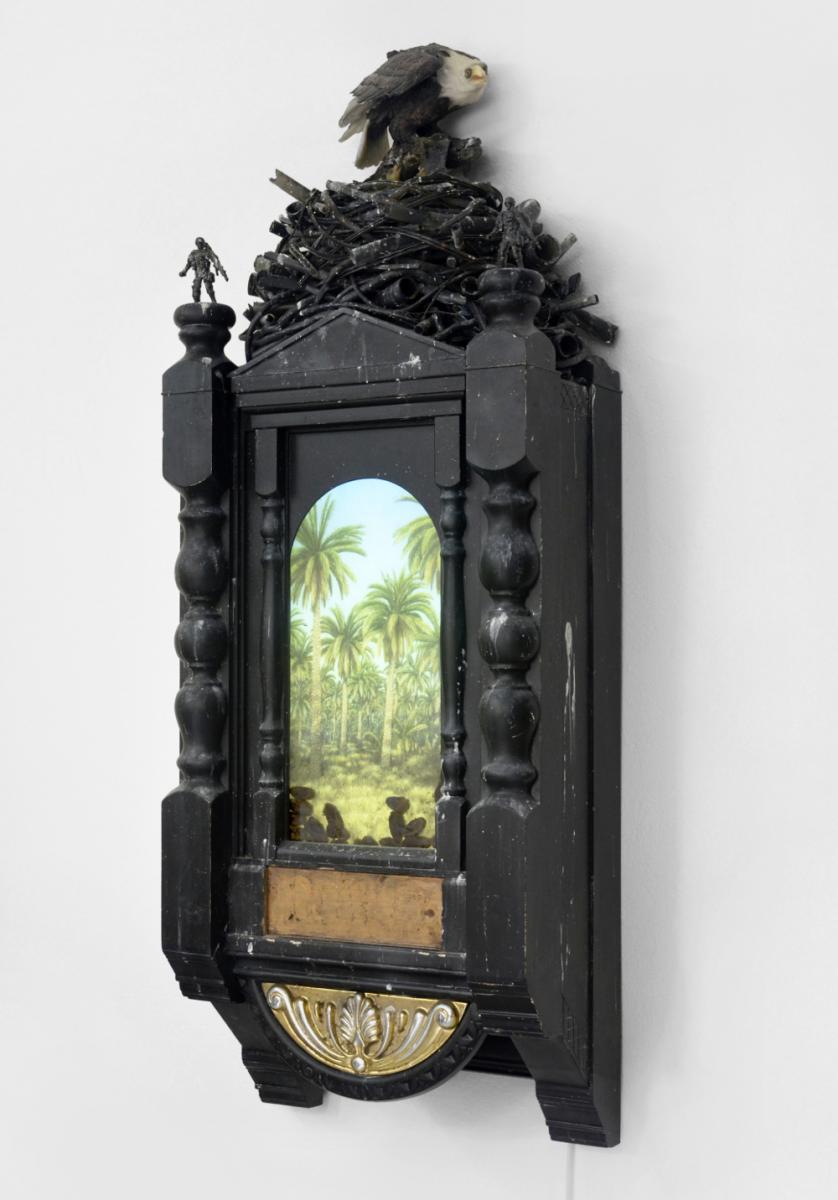 Between an image illuminated from behind and a pane of glass are dates eaten by moths.

Since Neolithic times Mesopotamia has been damaged by mankind, as described in bible stories such as the expulsion from paradise (Genesis 3) or the flood. Dates became increasingly important in the region over the centuries as a food source, as they still grow on salt-contaminated ground, on which other crops no longer grow. In the second and third Gulf Wars the United States and United Kingdom used tank busting depleted uranium weapons, so-called DU munitions. In the third Gulf War alone, between 1,000-2,000 tonnes of these weapons were fired. The uranium permanently contaminated whole swathes of land, including many date plantations.